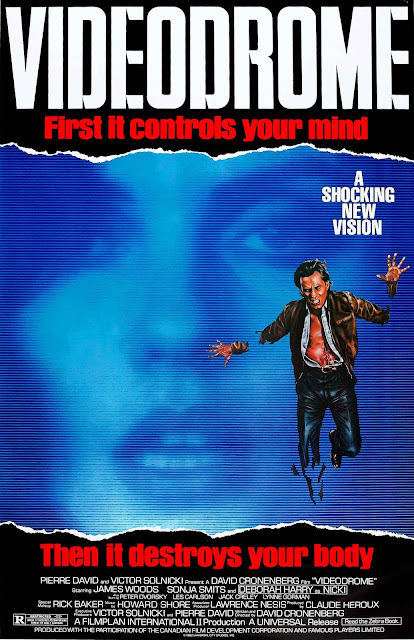 Beep boop and chugalug, it’s Burl, here with another review, and do you know what? Ha ha, it’s my one thousandth review! That’s a round 1000! Yes, I’ve gone and reviewed a thousand movies so far, and what I’m trying to decide is, should I keep going? Do enough people read and enjoy these reviews to make it worth it? I like doing the reviews, so there’s that, but sometimes it seems I’m just laughing into the void! I suppose that shouldn’t matter since I enjoy it and all, so I guess I’ll just figure out for myself if I ought to keep going with my little funtime reviews! Your input is welcome, though – feel free to tell me if you think I should just hang it up!

Anyway, today I’m reviewing another great favourite of mine! It’s a picture I’ve seen many times, but only once on the big screen: at the late, great Scala Cinema (celebrated, as you’ll recall, in the documentary Scala) on a double bill with another quality Canadian picture, Un Zoo La Nuit! The movie under discussion today is David Cronenberg’s Videodrome – perhaps his finest film, and by garr, to me that’s saying a lot!

Because after all, I’m hugely fond of Dead Ringers, Crash, Scanners, and almost all his other movies! But Videodrome somehow stands above them all, even if it’s maybe the shortest full-length feature he’s made! Certainly it’s the most outré, and one of the Cronenbergiest, ha ha! Like much of his best work it serves as a strangely accurate peek into the future – it predicted all manner of techno-organic interfusioning and manipulation by media and virtual reality metadonaldination, and also foresaw James Woods going bonkers!

Woods, whose hollow cheeks we’ll recall from Night Moves and Best Seller, is Max Renn, a low-level Toronto TV magnate who’s always looking for racy late-night content for his disreputable cable channel! When his in-house tech wizard Harlan, played by Peter Dvorsky from Millennium, shares some fuzzy S&M video he’s managed to pick up while cruising the contraband airwaves, Max knows this is exactly what he needs for his station and he gets on the trail of the snuff program known as Videodrome!

Debbie Harry, the child-eating witch from Tales From the Darkside: The Movie, is a sultry radio hostess called Nicki Brand, and she first becomes Max’s love interest, then shows up as a guest star on Videodrome! Ha ha! In his quest to figure out what Videodrome is, and as he begins to realize that exposure to the program is doing a weird number on his own mental and physical self, Max bumps shoulders with a number of familiar Canadian thespians, including Sonja Smits from The Pit, Les Carlson from Black Christmas, Jack Creley from Tulips, Lynne Gorman from Nobody Waved Good Bye, and Julie Khaner from Spasms!

Of course Max is trapped and doomed from the moment he first lays eyes on the signal – ha ha, the New Flesh will have its way no matter what he does! Hallucination and reality become one, tumorous weaponry sprouts, new orifices develop, airwaves and brainwaves meld, and, in an ending that feels a little bit made up on the spot because, in fact, it was, Max finds himself aboard a rustbucket lakeboat watching the last TV show he’ll ever see! Ha ha, and while I can’t say it’s a happy ending, for an improvised conclusion it does manage to feel inevitable!

I’ve really liked this picture for a long time, and my admiration has not diminished with the years! It still seems a brainy, diabolical, occasionally gruesome, and very Toronto piece of work! It has some rubbery trick effects courtesy of Rick Baker, who’d made the greasy dog in An American Werewolf in London, and a terrific cold-as-a-mackerel score from Howard Shore! And it seems to be about something, which, let’s face it, most movies aren’t, and what it’s about seems to shift cunningly from viewing to viewing! I think Cronenberg was firing on all cylinders here, and being a motorcycle and general racing enthusiast, he has a lot of cylinders to fire! Ha ha, I give Videodrome four smears of pizza sauce!

Email ThisBlogThis!Share to TwitterShare to FacebookShare to Pinterest
Labels: 1980s, Canada, Cronenberg, horror, saw it on the big screen, sci-fi