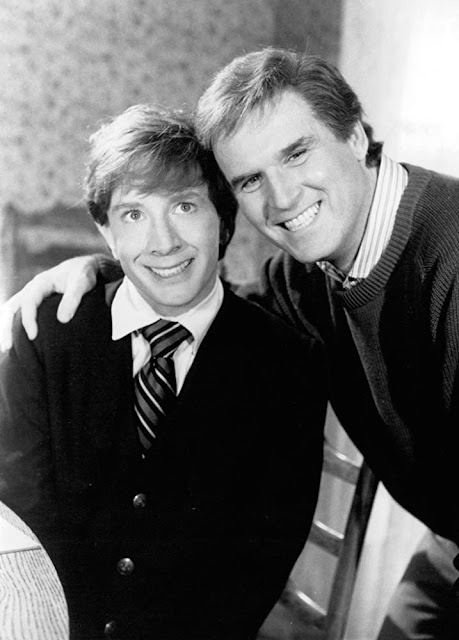 Hello my good and gentle readers, it’s Burl here to review a curious comedy called Clifford! Yes, this is an odd one, and the most generous reaction to it that I can conjure is to remember that quote from someone associated with the National Lampoon magazine, who said “Making people laugh is the lowest form of comedy!”
Ha ha, as I’m sure you know, I heartily subscribe to that philosophy, and so can’t help but wonder if the makers of Clifford were simply pursuing some higher ideal of comedy than the standard “funny” baseline most other studio laff-fests settle for! Of course, most studio laff-fests aren’t funny at all, or at least not funny to me, and as a rule I prefer the odd ones, the movies that strike out in some different direction in an effort to find some comedic vein not mined before!
So where does that leave Clifford? Well, it’s still not very funny! It tells the tale of the eponymous boy, a ten year-old played by Martin Short of Innerspace fame! They put him in a Fauntleroy suit and, when they can be bothered, use camera tricks to make him seem shorter than everyone else! So Clifford looks like a forty year-old man with an especially expressive face, and the other thing about him is that he’s a revengeful sociopath!
At the beginning of the picture, Clifford is flying with his parents to Hawaii, when he decides he’d like to get off in Los Angeles instead to visit the theme park he’s obsessed with, Dinosaurworld! After nearly crashing the plane he is placed in the care of his uncle Martin, played by Charles Grodin, well-known from It’s My Turn! Martin is trying to convince his fiancée, Mary Steenburgen from Elf, that he loves kids, so he gladly takes on the responsibility of caring for Clifford! When the unreasonable demands of Martin’s officious, horndog boss (played by, who else, Dabney Coleman from The Towering Inferno, Cloak & Dagger, Rolling Thunder, Dragnet and so many more) force Uncle Martin to renege on his offer to take the boy to Dinosaurworld, Clifford turns his uncle’s life into a living, crawling hell on earth! Ha ha!
There are shenanigans involving a cocktail made from pepper juice; a lipstick; a bomb threat; a dinosaur costume; an illicit house party; and some kind of explosive code inscribed onto a tape cassette! All of this combines to transform Uncle Grodin from the usual slightly uptight Grodin we know from the Beethoven movies into a raging psychopath bent on Clifford’s destruction! Ha ha, and we, the people of the audience, are fully in Uncle Grodin’s corner, I can tell you! By the arrival of the unexpectedly intricate yet still shoddy climax at Dinosaurworld, we’re enthusiastically rooting for Clifford’s death! Ha ha, I’m not sure if that was the intention of Short or the filmmakers, but that’s what we got!
Clifford is so finely engineered as to avoid all obvious laughs (except for the odd pratfall, which Short ably pulls off in the bookending segments set in the far future of 2050) that it’s kind of admirable! I’ve seen it a couple of times now, thanks to my son, who seems to like it (ha ha, a worrying thing in itself!), and I’m still not entirely sure what I think of it! I’m going to waffle a bit and award Clifford two four-year delays between filming and release!
Posted by Burl at 14:48