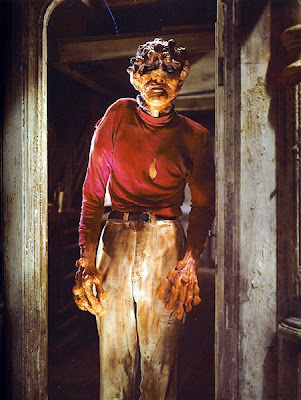 Hi, Burl here with a review of the most unusual movie Toho ever did! I can’t think of a weirder one anyway, unless it’s maybe War of the Gargantuas! Anyway, for those who don’t know, Toho is the Japanese movie studio that did all the Godzilla movies, so anytime they strayed away from the giant monster thing, it was at least a little unusual! But with Matango they went fully bats!
Matango starts with a group of people on a boat, out for what I assume was meant to be a three-hour tour! There’s the Skipper; his little buddy who wears a red shirt and a white cap; the Professor; a millionaire (unmarried); a glamorous star and a cute, mousy girl! Ha ha, sound familiar? Anyway, this motley crew gets caught in a storm and ends up stranded on an island, as if you couldn’t have guessed that! But instead of cave gorillas or angry natives or the Harlem Globetrotters, the island is populated by only one thing: giant mushrooms!
The mushrooms have been given the moniker “Matango” by some previous visitors to the island, and it’s only gradually that the castaways become aware of what happened to those others, and the true and oddball danger posed by Matango itself! Ha ha, it seems that if you eat Matango, you get groovy hallucinations and then rapidly become a Matango yourself! It’s quite a horrifying sequence when the Professor, who becomes the film’s hero, realizes he’s surrounded by ambulatory mushrooms! (Eventually he proves to be quite a fun guy himself, ha ha!)
Matango is a slow builder of a movie, it’s true, but it’s a compelling one! The breakdown of the class barriers, particularly between the millionaire and the Gilligan figure, is fascinating to watch! And the Ginger simulacrum is very satisfyingly forced to get her hands dirty as the castaways search for comestibles – a nice thing to see after years of that precious Ginger refusing to do any work on Gilligan’s island! I always did prefer Mary Ann, ha ha, and it’s the same in Matango!
Also, the movie is beautiful to look at! The eerie seascapes, the mushroom-choked jungles, and even Tokyo as seen in the movie’s bookending sequences are just stunning conflations of cinematography, art direction and special effects! The makeup is pretty good too!
Amazingly, Matango was made the same year as the Gilligan’s Island pilot episode! Ha ha, it still makes me shake my head to think of all the parallels, and it’s pretty fun to imagine that this is a lost episode of that great program! I give Matango three and a half ukulele solos and advise you to search it out and take a look at this dreamlike and highly unusual picture for yourself!
Posted by Burl at 15:35