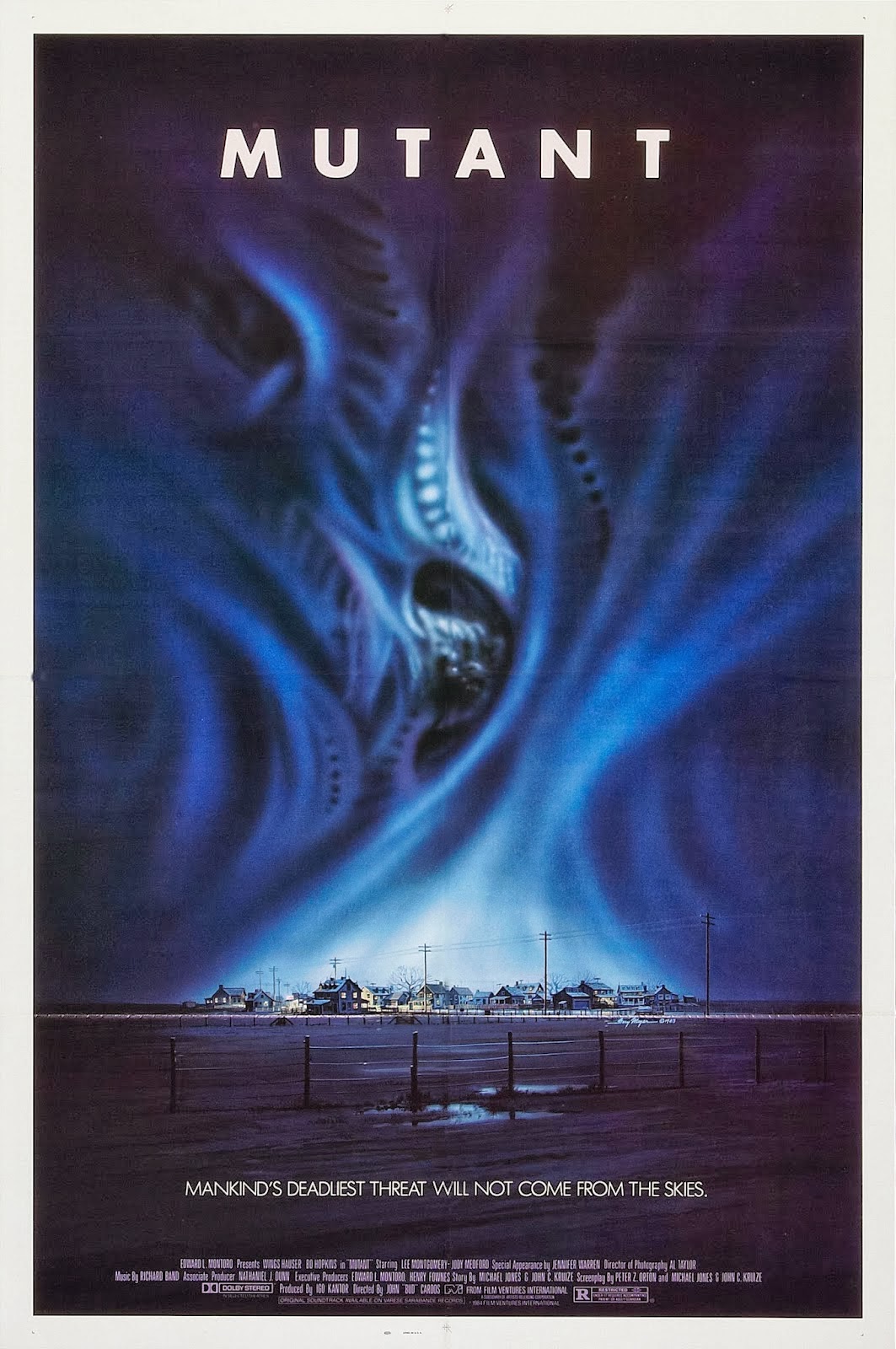 Ha ha, can you conceive of it! A movie starring Bo Hopkins and Wings Hauser? Ha ha, sorry, Burl here! I almost forgot to introduce myself because I was so thrilled at the existence of such a pairing! (Mind you, it doesn’t touch my dream team cast, which would be Dick Miller and Harry Dean Stanton starring together as partners in crime of some sort, or maybe rivals in love a la Grumpy Old Men! Ha ha, they were both in The Long Ride Home, but not so much as a team!)
So Mutant has Bo and Wings, and after a lot of bickering they eventually do team up, sort of, to battle a terrible threat! The set-up is as follows: two brothers, Josh (Wings) and Mike, are for whatever reason driving through some dire Southern town when, uh oh, they run into a spot of bother with a truckful of rednecks! Now they’re stranded, and after some barfighting and a mysterious disappearance and many encounters with dyspeptic, dipsomaniacal sheriff Bo, it turns out the town has a toxic zombie problem, and the truck-drivin’ rednecks are among those responsible for this environmental outrage!
Ha ha, I’d seen this picture before, and remembered it as dull and dry and overlong and uneventful, and I think I’ve always slightly resented the misleadingly evocative, slightly H.R. Geiger-ish poster artwork! Of course the VHS box is much worse, adding a very Alien-looking monster which never appears in the movie! 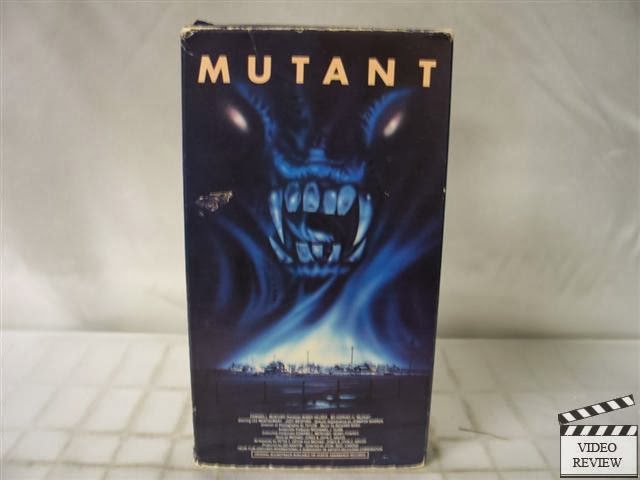 No, it’s strictly a toxic zombie picture, along the line of movies like Warning Sign or Impulse, or even Nightmare at Noon, which also stars Bo Hopkins and Wings Hauser, ha ha! It's another movie directed by John ‘Bud’ Cardos, and once again, as with The Dark, ol’ ‘Bud’ is replacing a director who got canned from his position! Another strange occurrence is that the picture was originally called Night Shadows, a dull and nonsensical title (though apt considering the frequently dark photography, ha ha!), but was renamed Mutant only a year or two after Forbidden World, a movie that contains an alien very similar to the spurious one on the VHS box, had its name changed from its original Mutant – a change made on the grounds that no one would know what the word “mutant” meant!
Phew! Ha ha, I should write a book about it, or maybe about the mysterious disappearance of executive producer Edward L. Montero shortly after it was made! Well, maybe I won’t, but someone should! Anyway, to get back to the picture, watching it this time around I still found it overlong (it’s a hundred minutes or more!) and filled with too much bickering and too many scenes of skulking, but I also thought it was a little bit scary here and there, almost in spite of the rather flat direction from 'Bud'! And it gets intense on an almost a 28 Days Later level, at least in one scene in a school bathroom! (Ha ha, I didn’t like that scene, and felt very badly for the kid from Close Encounters!)
It also has more Special Makeup Effects than I’d thought of it as having! If they’d thought to include a little gore, it might now be thought of as an 80s Rubber Movie to rival The Power! But mostly it’s just some inflating hands and necks and heads as people toxify (which reminded me of the similar Alien Predators), and some pretty nifty yellow-goo stigmata! These scenes help balance out the dark dullness and some pretty horrendous acting from the main lady!
Mutant won’t be found on anyone’s list of favourites, but it scratches the itch if you feel like some 1980s smalltown horror! It could have used more pep and a few more lights in the climax (even a scene involving exploding molotov cocktails manages to be very dim, ha ha!), but I’m going to give this picture one and a half bottomless pits of toxic waste for several of the bad guys to fall into! Ha ha, take a gander!
Posted by Burl at 00:14