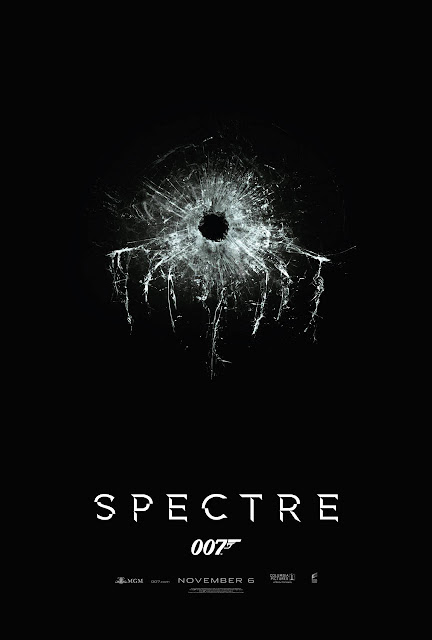 Ha ha and haberdashery, it’s Burl here to review the newest Bond picture, Spectre! This one has the same director as Skyfall, and is a direct follow-up to that movie! In fact, it aims to tie together the last bundle of Bond pictures, but isn’t able to do so without adding in a strong measure of goofiness!
Goofiness is certainly something Bond viewers have seen before, but never has it been so unintentional! The picture opens with Bond, still being played by Daniel “The Adventures of Tintin” Craig, on personal assignment in Mexico City! He’s got a fellow with a little ponytail in his crosshairs, and when you see that ponytail it doesn’t matter what Bond’s reasons for killing him are, because the ponytail is reason enough! Ha ha!
After some swooping helicopter excitement and a ho-hum opening credits sequence (I liked the octopus, don’t get me wrong, but the song was a real snoozer, and the rest Binder-lite!), we get several scenes of Bond being yelled at by his boss, M (now embodied by Ralph “The Grand Budapest Hotel” Fiennes). Bond goes rogue in order to follow up clues and effect the last wishes of the previous M, and he finds himself making sweet love to beautiful ladies and on the run from a bulky henchman who recalls not so much Jaws as Tor Johnson! (Ha ha, and the fight Bond has with this manmountain later in the picture, on a curiously deserted train, ends with a gag stolen wholesale from the Coen Brothers’ O Brother, Where Art Thou!)
There’s an alpine clinic of course, and a crazy chase where Bond secures himself an airplane seemingly out of nowhere; and another chase in Rome that’s kind of subdued in a way; and a scene where Bond gets bits drilled out of his brain! Ha ha! And the lovely Léa Seydoux, well-known from Midnight in Paris, turns up as Madeline, the doctor-daughter of a previous bad guy!
It all leads, of course, to S.P.E.C.T.R.E., the criminal organization led by, of course, the cat-stroking madman Blofeld, played by Christoph “Inglorious Bastards” Waltz! Bond and Madeline are on their own against him for a while, there in the desert, but eventually the double-naught spy hooks up with Q (Ben Whishaw from Paddington) and Moneypenny (Naomie Harris from Ninja Assassin) and even M, and they form a team meant, I suppose, to recall the gang from the Mission Impossible pictures! Ha ha, teams are so popular now in pictures! Well, I guess it’s a fad!
The movie goes on longer than I thought it would, and it seemed for a while as if they’d accidentally kept making the movie past the end of this one and into the next picture in the series! And there’s a revelation nearer to the end, and this counts probably as a spoiler for those of you concerned about such things, that Bond and Blofeld are virtually step-brothers, and old Blofie has daddy issues; this, we discover, is what originally set him on a criminal path! This is silly and goofy and adds exactly nothing to the story! I guess they feel they have to add some backstory and gravitas, because that’s another current trend in big-budget action, but let me be the one to say it: not necessary!
There’s a hideout and a big explosion, but then another act’s worth of adventure and intrigue after that! Ha ha, this last section is introduced with a panoramic shot showing the River Thames, the Tower Bridge, Big Ben and the London Eye, accompanied by a title at the bottom of the screen explaining that this particular city is called LONDON! Ha ha, thanks – never would have known it otherwise!
But anyway, this is not the best Bond picture going (not with Moonraker still in existence, ha ha!) but it’s not the worst either (see previous parenthetical comment)! It’s got some excitement, some goofiness and some goofy excitement, and plenty of exquisite styling, and so it qualifies as a night out! I’m going to give Spectre two articulated head drills and a big ha ha! Ha ha!
Posted by Burl at 09:02

Email ThisBlogThis!Share to TwitterShare to FacebookShare to Pinterest
Labels: 21st century, action, Bond, desert, saw it on a date, saw it on the big screen, sequel, train, UK