Burl reviews The Shop Around the Corner! (1940) 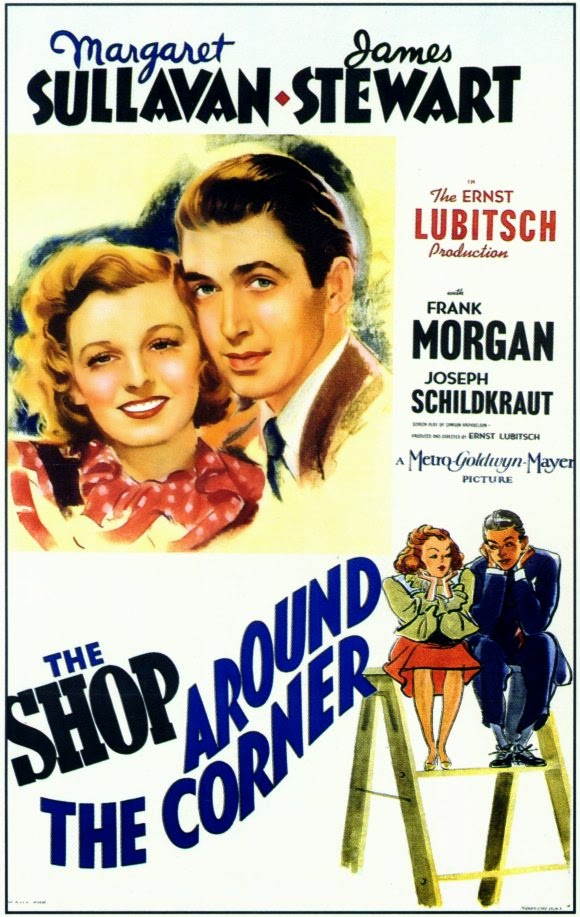 Ha ha and a happy New Year: it's Burl here, catching up on my movie reviews! For example, here I am reviewing The Shop Around the Corner, a picture which takes place in the days leading up to Christmas, and which I watched in the days leading up to Christmas; yet here I am only just reviewing it now! Ha ha, go figure!
The Shop Around the Corner is of course a picture brought to us by Ernst Lubitsch, who of course also gifted us with films like Eternal Love and Heaven Can Wait! (My very favourite, though, is Design for Living!) This story was later remade into a late-90s email picture called You’ve Got Mail, which I’ve never seen, and so I can only imagine how a tale involving the employees of a small Budapest department store was adapted into a fin-de-siècle rom-com!
The store in question is Matuschek’s, owned and operated by the fearsome Mr. Matuschek, who is played by the Wiz himself, Frank Morgan! Ha ha! His longest-serving employee is the decent and efficient, but slightly officious, Alfred Kralik, played by a young Jimmy Stewart! Of course we know Stewart from many pictures, including but not limited to Rear Window and Thunder Bay! A young lady, Klara Novak, played by the tragic Margaret Sullavan, comes to work at the shop, and she and Alfred take a gradual dislike to one another! But, ha ha, it turns out that aside from being co-workers nurturing a mutual antipathy, they are anonymous pen pals who’ve fallen in love with one another in written form!
The situations that follow never get as artificially complicated as they would if the picture had been made later or by less skilled parties! There is, thankfully, none of the door slamming and bedclothes-hiding that drag down pictures like Madame Satan! But Alfred becomes aware of the full picture long before Klara does, which seems a bit unfair, and this climaxes in a scene in which he finally reveals the truth in an almost sadistically drawn-out way! In her shoes, I might have just clobbered him and stalked out, ha ha!
The Lubitsch Touch is in evidence here, but sporadically! The picture spins its wheels quite a little bit in the second half, I’m sorry to say, and too often the characters come off as shrill clobberbabies! The acting is skilled all around, however, and the little community of the departments store workers is effectively drawn!
I enjoyed the picture, because how could I not, and the Christmas Eve conclusion is in general quite heart warming, if a little aggressively capitalistic! I’m going to give The Shop Around the Corner two and a half musical cigarette boxes!
Posted by Burl at 22:41