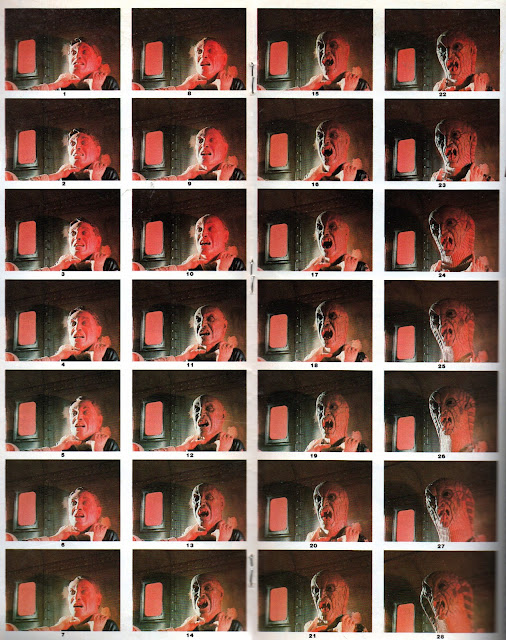 The movie’s not very suspenseful or scary, it has probably the worst score Maurice Jarre ever did, and it’s often silly, but it’s still a pretty enjoyable picture! I think this is thanks to the committed and talented actors, in particular von Sydow and Plummer! Those two fellows really know how to Take It To The Limit, ha ha! Anyway, Dreamscape is a great example of Mid-Budget Sci-Fi Pulp Preposterousness (a category that contains movies like The Philadelphia Experiment and Deep Star Six, ha ha!), and I give it two and a half Armageddon zombies!
Posted by Burl at 18:50