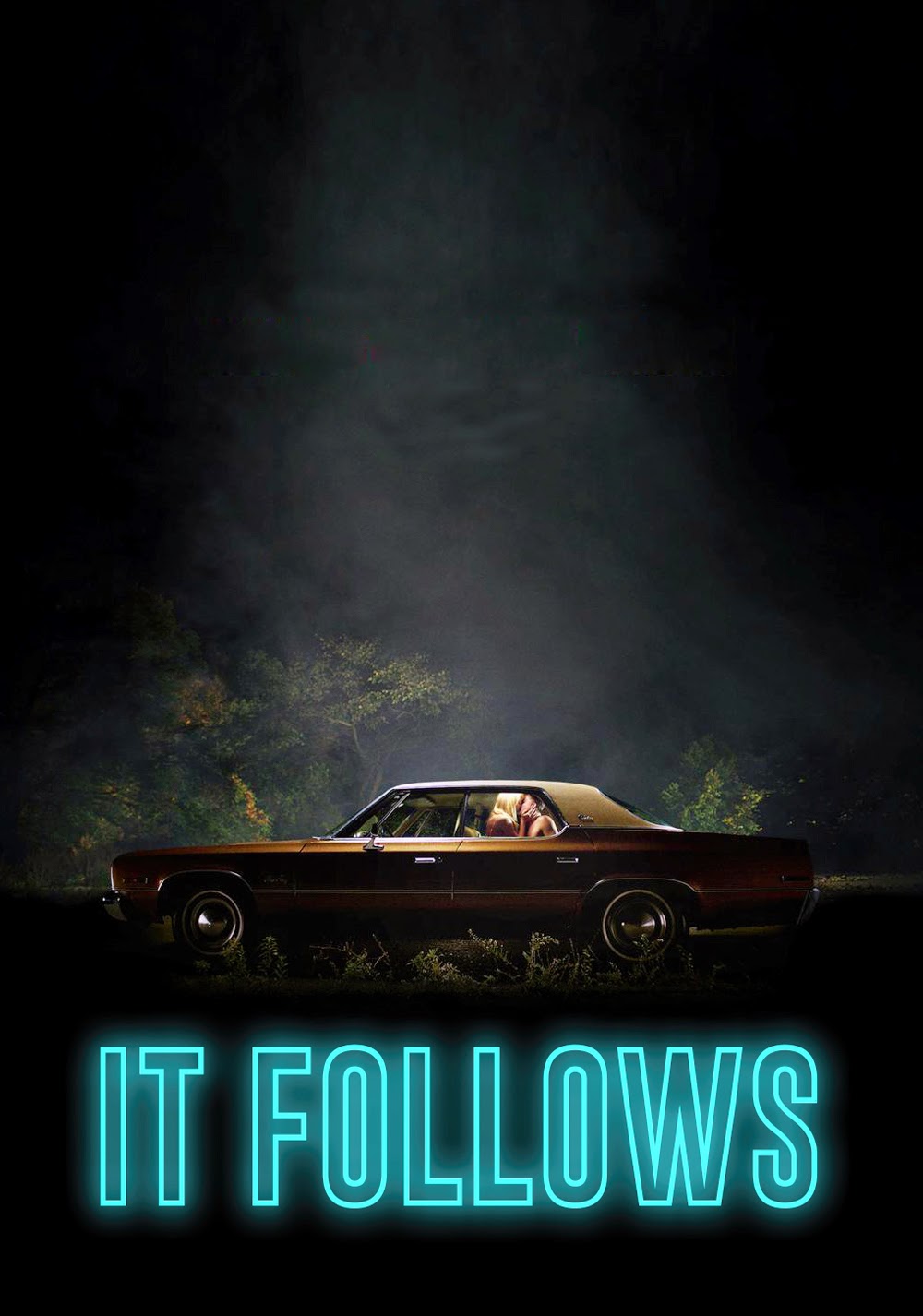 Burl here! Ha ha, do you know Garfield Minus Garfield? Well, if you can imagine a sort of Freddy Minus Freddy, you’d have something very like this most Eighties-style hocus-pocus picture, It Follows! It comes from the director of The Myth of the American Sleepover, and shares with that film a fondness for abandoned concrete structures and aimless youth! It wears its influences pretty squarely on its shoulders, and is at times overly committed to its bit, but the picture is in general scary and very well done! Ha ha!
The story is pretty simple, even if the implications are not! It turns out there’s a sort of ghostly virus that gets passed on by intercourse! Ha ha, once you’ve got it, you will be stalked by a phantom only you can see, a person walking through a crowd straight at you, looking like a stranger or someone you know, “whatever helps it get closer to you,” one character explains, though remaining undelineated is how looking like a ghoulish giant moron or a wall-eyed freak child would help it get closer! An unlucky young lady comes afoul of this baneful curse, and she and her Scooby-gang engage in research, screaming and running, and monumentally poor decision-making! Ha ha, Endut! Hoch Hech!
Now, the Halloween influence is quite strong, which the movie cheerfully admits by virtually recreating that 1978 picture’s schoolroom scene! And the picture owes a lot to A Nightmare on Elm Street, and the J-horror style, and also, it seemed to me, to Phantasm! But it chooses smartly from all these pictures, and if it’s something of a cinematic collage, like so many other films of recent years, it’s a marvelously-done one! And I’m a fellow who appreciates the art form of collage very much!
I also appreciate when horror movies take the time to be scary! This one does, and it’s a pleasure to watch! The photography is generally nice: parts of Detroit look as bombed-out and decrepit as they did in Only Lovers Left Alive, though the digital photography is occasionally a little too evident! Ha ha! The characters make some pretty boneheaded decisions throughout the picture, I do have to say, and there is some ineffective staging near the end; and one must admit that the score frequently over-eggs its synth-80s pudding!
But it’s a fine picture with some pleasant eccentricities and a bold style! It’s a real pleasure to watch, frankly, and I’m glad to have caught it in a movie theatre with an audience! It’ll pop up at a few festivals yet, so keep an eye out and watch it if you get the chance! I liked It Follows and am pleased to award it three and a half seashell readers!
Posted by Burl at 23:39

Email ThisBlogThis!Share to TwitterShare to FacebookShare to Pinterest
Labels: 21st century, horror, saw it on the big screen, supernatural