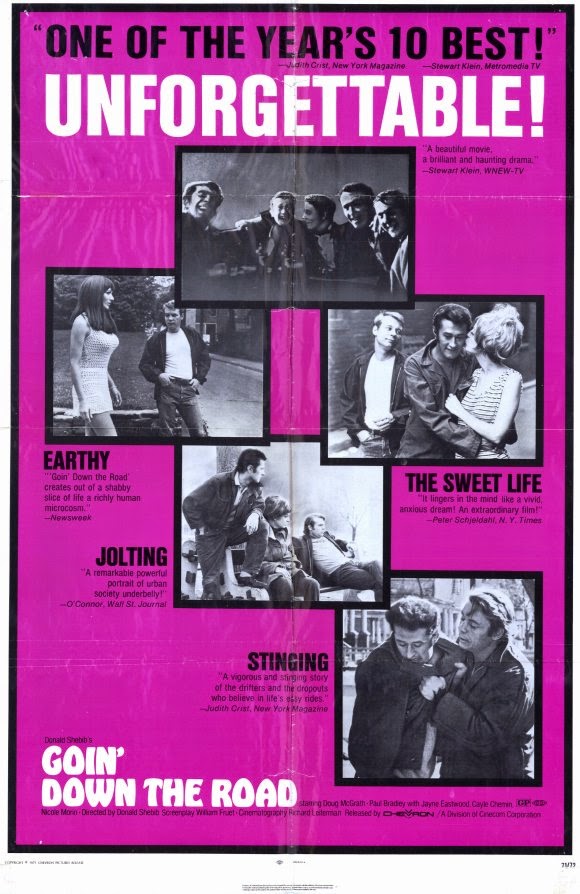 Lock up yer daughters, it’s Burl here, reviewin’ and a laughin’ ha ha! I’ve got a startling new movie review today, namely of that fine picture Goin’ Down the Road, the movie that bestrode the top of the Best Canadian Movies Ever charts for years and years, and may bestride it yet for all Burl knows, ha ha!
I recently had the chance to watch the picture in the company of its director, Mr. Don Shebib, who of course also graced us with the exemplary Rip-Off and the better-than-you’d-think sequel/companion film to this one, Down the Road Again, which I recently reviewed for you! Shebib, a very friendly fellow, seemed of the opinion that his sequel was a better movie than this one, but while I can see why he might say such a thing, it’s patently untrue, ha ha! The original might be a little rough around the edges, but it’s a far superior picture!
If you haven’t seen the picture, you must at least have seen the spectacular SCTV version of it, ha ha! (And if you haven’t seen that either, by garr, YouTube that old boy post-haste!) The plot of the movie is simplicity itself, of course: Pete and Joey, two hoseheads from Nova Scotia, hop in their beater convertible (complete with amateur flamejob and bluenoser slogan) and head for Toronto! Ha ha, to quote an unknown genius, “Better things wuz what they want, so off they go to Hogtown, Ont.!”
Well, they don’t quite fit in with Toronto’s café society, ha ha! No, these old boys quickly find themselves hauling glass at the bottling plant, and then quick as you please they’re back out the door again! Romance is in the air of course, and then a bungled Loblaws heist when things get really desperate! Pete convinces Joey to commit a rather heinous act, and off the two bozos go, down the road again!
Ha ha, this is a picture filled with really marvelous acting! Doug McGrath, that old familiar face from Black Christmas and Porky’s and Ghosts of Mars, plays Pete, whose thoughtful face looks like a stony glare! The late Paul Bradley is great as Joey, and Jayne Eastwood plays his waitress/paramour, and she’s excellent too, and you get to see her bum! Ha ha! And then there’s just all the little details and the fly-on-the-wall mise en scène, and the fine folky musical score and the gritty cinematography from Richard “Watchers” Leiterman! Ha ha, it’s all so great! 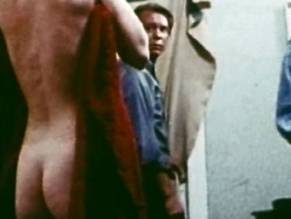 Well, it’s a fine picture, if a little bit of a bummer now and again! But you get great little moments, like when the boys go to the A&A record store on Yonge, or when they find, to their absolute delight, a maritime singer in one of the local bars, or when Pete becomes a pin monkey! Ha ha, I’m going to give Goin’ Down the Road three and a half stubbies, but you’ll see a heck of a lot more of ‘em than that in the movie!
Posted by Burl at 23:23