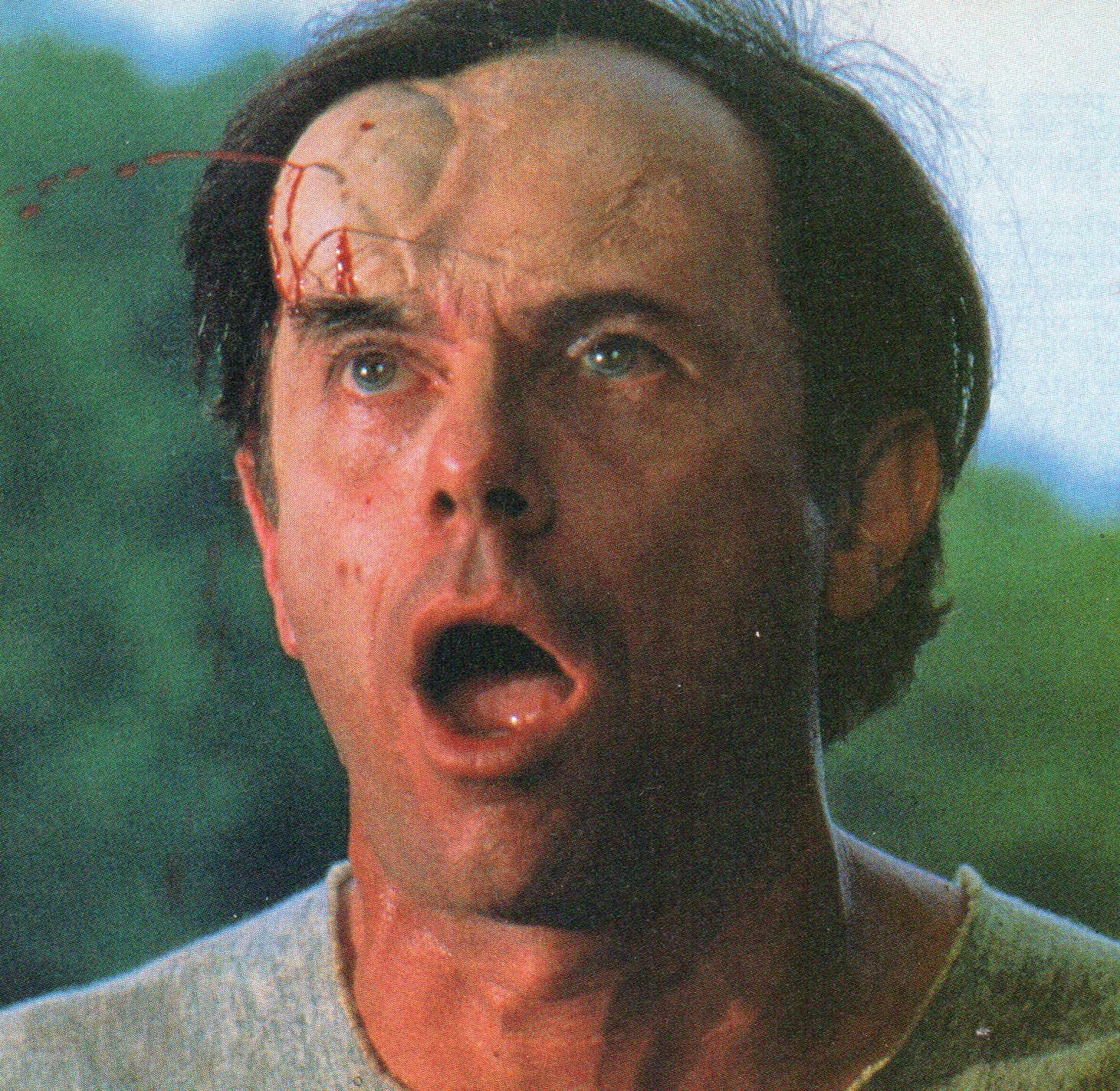 Vroom vroom, it’s Burl, revving up with a review of that movie Stephen King directed himself, Maximum Overdrive! Yes, that’s the one where the trucks and other random machines become sentient and get up to mischief!
All the hubbub is thanks to a comet, just like in Night of the Living Dead! The phenomenon is meant to be worldwide, but King gives us only a small corner of North Carolina! The automated havoc begins with a nifty scene on a drawbridge, which is almost certainly the high point of the movie as far as King’s untutored staging and camera direction are concerned!
From there, after a dalliance at a children’s baseball game wherein a coach is ker-thumped by flying soda cans and a steamroller makes an impression on one luckless player, we repair to the Dixie Boy Truck Stop, where ex-con grillman Emilio “Repo Man” Estevez is doing psychobattle with the crooked truck stop owner, Pat Hingle (well known for his appearances in Brewster’s Millions and The Quick and the Dead)! The truck stop fills with other characters, mainly truck drivers, some newlyweds, a bible salesman and a sexy lady, and we soon have a siege situation on our hands, with trucks circling menacingly outside like something out of Wagon Train! And you know, they just keep on wagon training!
There’s a fair bit of mayhem on tap, but little of it makes any impact, since as a director Stephen King makes a very good horror novelist! Ha ha, he’s unable to wring much tension or excitement out of the proceedings, even though he had a pretty big budget and lots of trucks to blow up! Unfortunately, perhaps due to the giant piles of Columbian Marching Powder that were placed liberally around the set, nobody, not even George Romero, who must have visited during the shoot, was able to help the Beardsman of Bangor figure things out!
Unfortunately, too, King was not in one of his statelier modes when he wrote this script! It’s got a few bon mots, but often seems to go out of its way to be as dumb and scatological as it can be, and the actors, particularly the female lead, aren’t really up to it! There are some pleasingly familiar faces (or voices) in the cast, like Yeardley Smith from Heaven Help Us, Frankie Faison from The Money Pit and Giancarlo Esposito from Do The Right Thing, and Estevez and Hingle are perfectly good, but the fact is King’s dialogue mostly ought to have stayed on the page!
I remember seeing this one in a movie theater in a suburb of Seattle, Washington! I was excited to see it, and didn’t even mind that it was in the wrong order – I saw the second half first and the first half second! Ha ha, I don’t suppose it mattered much! Anyway, I do recall feeling that the movie was better than I’d expected it to be, but my more recent viewing laid bare that initial impression as bunkum and honeydew! It’s really not very good at all, though it offers regular bursts of entertainment, and of course a stirring score by AC/DC! Ha ha, I give Maximum Overdrive one and a half Roger Miller-fixated ice cream trucks!
Posted by Burl at 16:25