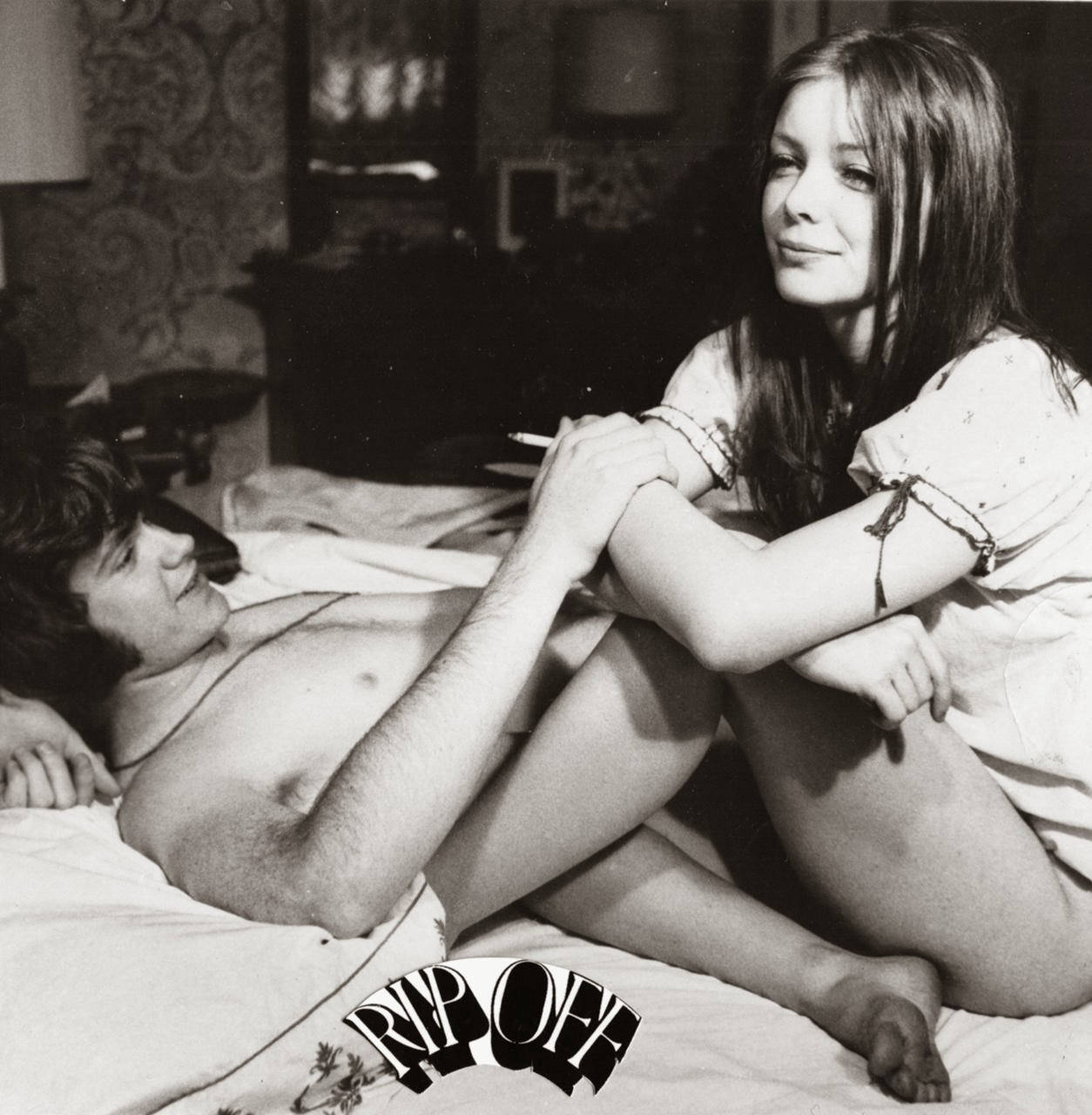 Cool man, let it all hang out, it’s Burl! Ha ha, that’s me doing hippie talk! And that’s because I’ve got a movie from hippie times to review for you today! Yes, it’s called Rip-Off, and it’s just as Canadian as a mooseburger! In fact, ha ha, I think this might just be the most Canadian movie ever made!
Rip-Off is the second feature from Don Shebib, the fellow who made Goin’ Down the Road! But it was always confusing for me, because I knew Shebib had followed up that great debut with a heist picture and a movie about a bunch of friends – that Rip-Off should be the heist picture and Between Friends the one about the friends seemed a reasonable assumption!
Turns out it’s the other way around! Rip-Off stars Don Scardino, whom we know from Squirm and He Knows You’re Alone and of course Homer, as Mike, the de facto leader of a quartet of suburban Toronto high school students! There’s Steve, who has enormous canoe paddle-shaped mutton chops; Ritchie, who’s short and twitchy and frequently a goof; and Cooley, who’s the requisite hefty, awkward one I guess! Ha ha! The picture follows them through their final year of high school, up to the Easter break when they travel up north, somewhere near Timmins, to find and stay at a piece of land Mike has inherited from his gramps! But, much as in the similarly-structured Withnail & I, the attempted holiday is a disaster!
Ha  ha, this is a pretty clear predecessor to the “bumbling group of horny guys” subset of the Teen Sex Comedy genre! You know what I mean – pictures like Porky’s, like the Lemon Popsicle series, like The Last American Virgin, like Hot Moves, Hot Splash, Hot Chili and Hot Times! Ha ha, a scene in which the four guys are picked up by a bored older lady, clearly some sort of professional, and taken back to a hotel room where Cooley, the biggest and least presentable guy, has a strange adventure with her, might just as well have appeared in any of those later movies I listed! So too might the scene where Mike and Richie get stoned and foolishly attend math class!
Also, there’s probably just as much nudity in Rip-Off as in any of those TSCs! Not what you expect from venerable old Canadian classics, unless we’re talking Loving & Laughing, ha ha! The ginger hero, Mike, is a pretty precise half-and-half admixture of Bobby from The Van and Sam from Paradise Motel, and that too strengthens the connection between Rip-Off and its lower-brow successors!
But make no mistake, Rip-Off isn’t a full-bore Teen Sex Comedy! Like Fandango, it’s mostly just a picture about friendship and how it mutates over benchmark moments, learning experiences and just plain time! As photographed by Richard Leiterman (who also shot Watchers, believe it or not), it looks nice too, very early 70s dingy! It’s a simple movie, but not simple minded, and it has such a loose and rambling structure and such a mellow vibe that it might remind you, as it did me, of Malibu Beach!
And that’s high praise! Ha ha, you might have guessed already that I enjoyed this picture! Ha ha, I sure did! I liked pretty Susan “Shivers” Petrie as Mike’s objet d’amour! I liked the scene where the guys are driving up north in their boogie van and sing the Byrds song Old Blue! I liked the rock n’ roll band! I liked the extreme Canadian accents and the thick 1970s hoser atmosphere! I liked the goofy gags and the non-contact fight scenes, and the appearance of two Red Indians, one of whom was played by the late great Augie Schellenberg! (I worked with him once – nice guy!)
It’s altogether a treat, and I was glad to have watched it! If you like coming of age pictures and the word “eh,” this is the movie for you! Before going off to seek out Shebib’s Between Friends, I’m going to give Rip-Off three and a half tubs of wig cleaner! Ha ha!
Posted by Burl at 01:51