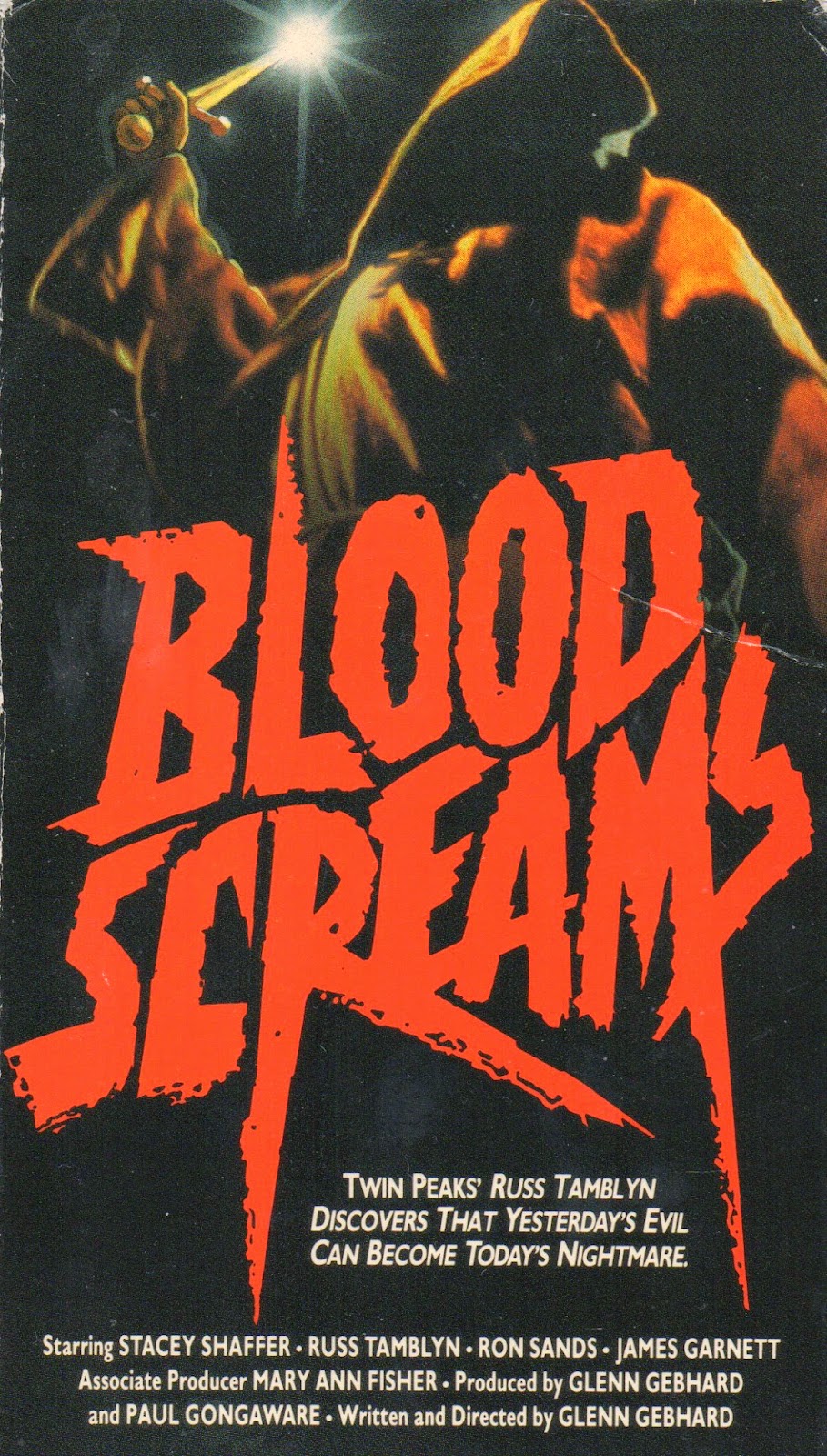 Hoy hoy muchachos, it’s Burl, here with a review of a little-known American-Mexican horror picture called Blood Screams! It was originally known as The Bloody Monks, which makes it sound a lot more like one of those Blind Dead pictures than it actually is, ha ha!
The movie opens with a scene set hundreds of years in the past, in which a cruel, gold-hungry plutocrat tosses an endless succession of monks from the top of a tall monastery tower! Then it’s the present, and we join Karen, a young American lady traveling by train through Mexico! Frank, a magician and moustacheman played by Russ Tamblyn, who’s well known from pictures as diverse as The Haunting, War of the Gargantuas and Django Unchained, has glommed on to her as an unwanted companion, but she would prefer to chat with the brooding Hymie, a young fellow who looks like a Mexican Wayne Gretzky!
Hymie gets off at the town where the monks plummeted, which is his hometown – he’s here to figure out the mystery of what he saw as a boy when he found his father dead of a slashed throat – he recalls seeing something so horrific it put him into a fugue state, but he can’t remember just exactly what it was! Karen follows him rather than stay with the jerky Frank, and of course gets caught up in the supernatural shenanigans which are plaguing the town! She also begins to have bad dreams which involve things like Hymie with an oatmeal face or zombie monks busting through the walls like unholy Kool-Aid Men!
There’s lot going on here: the Mystery Of What Hymie Saw, the zombie monks, the murderous ghost of the cruel hacendado, a witch (played by Isela Vega from Bring Me The Head of Alfredo Garcia), a young American bartendress who is apparently under her thrall, a friend of Hymie’s who has secrets of his own which may or may not be connected to the missing gold and the murder of Hymie’s father, and of course the unstoppable Frank, who jumps off his train and spends the whole movie making his way cross country to catch up with Karen! It’s a lot to pack into seventy-five minutes!
Blood Screams also offers some of the worst acting on record, particularly from the young lady who tends the bar! We also get some overly bright cinematography (which I suppose is preferable to overly dark, ha ha), dialogue that sounds like it’s meant as placeholders for the real dialogue, and some of the worst Special Makeup Effects since Bad Meat! All of this conspires to give Blood Screams a very community theatre feel!
I do have to single out one performer, however: Russ Tamblyn! Not only can he do magic tricks, he can act! He also uses his skills as a dancer and tumbler to do some quite risky train stunts, ha ha! These are shot in such a way that there’s no mistaking that it’s actually Russ doing these things and not a stuntman, and I have to say I admire the actor and his can-do attitude!
On balance, while it’s certainly a complete zagnut, it’s an enjoyable one, so I’m going to grin, shake my head softly and give Blood Screams two completely pointless witches!
Posted by Burl at 18:21