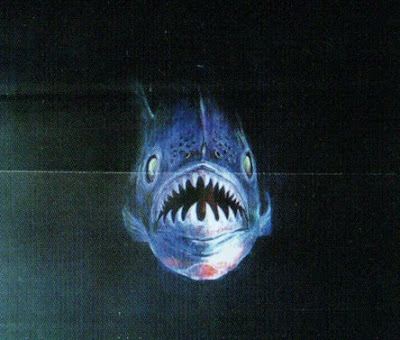 Hi, Burl here to review a fine old classic about munching fish! Ha ha, I’m talking about Piranha, the great original that was such a marvelous rip-off of Jaws that Steven Spielberg himself apparently championed it when Universal Pictures was mulling an infringement lawsuit!
But Piranha is its own thing, most definitely! It’s a Joe Dante picture, and you all know what that means: Dick Miller is in it! He plays a good, meaty role, essentially the Murray Hamilton part from Jaws, but with a lot more humour and dimension! Ha ha, he’s as great as ever, and his reaction shots to the things his glasses nerd assistant says are priceless!
It seems that a scientist played by Kevin McCarthy, who was in almost as many Joe Dante movies as Dick, created the mutant piranhas to destroy any ‘Cong who dared dip a toe in the waterways of Vietnam, but they were never used! I guess they’ve been languishing around in this strange swimming pool for years! And then two teens get the Big Munch, and our heroes turn up and immediately manage to release the fish into the river! Ha ha, they never really apologize for that one, but at least they try to help!
I could go on about the cast of this movie! Dick Miller is there of course, and McCarthy, but we also get the great bellowing deaf man Keenan Wynn whom you’ll remember from The Dark; the spooky Barbara Steele from Shivers and of course the hero, Bradford Dillman, whom we know from that fine 70s classic Bug! The fate that befalls old Keenan is particularly gruesome and has stayed with me every time I sit on a dock and let my feet dangle in the water!
A lot of people object to the strange little monster seen in the laboratory, but I think it’s a marvelous addition to the picture! I’m also pretty fond of the piranha fish themselves, who seem whipped up into such a frenzy that you’re afraid they’ll just wiggle themselves into a heart attack or a stroke! And they make a funny noise: rrrrrrrrrrrr! You have to hear it to know what I’m talking about!
Anyway, Piranha is a fine little picture with its heart in the right place, and I’ll always be glad it was made! Thank you Joe Dante, John Sayles and Roger Corman and everybody else too! I give Piranha a solid three disintegrating rafts!
Ha ha, a little note! Sorry I haven’t been putting up too many reviews lately! I’ll try to step it up a bit! Thanks for sticking with me, everybody!
Posted by Burl at 23:54