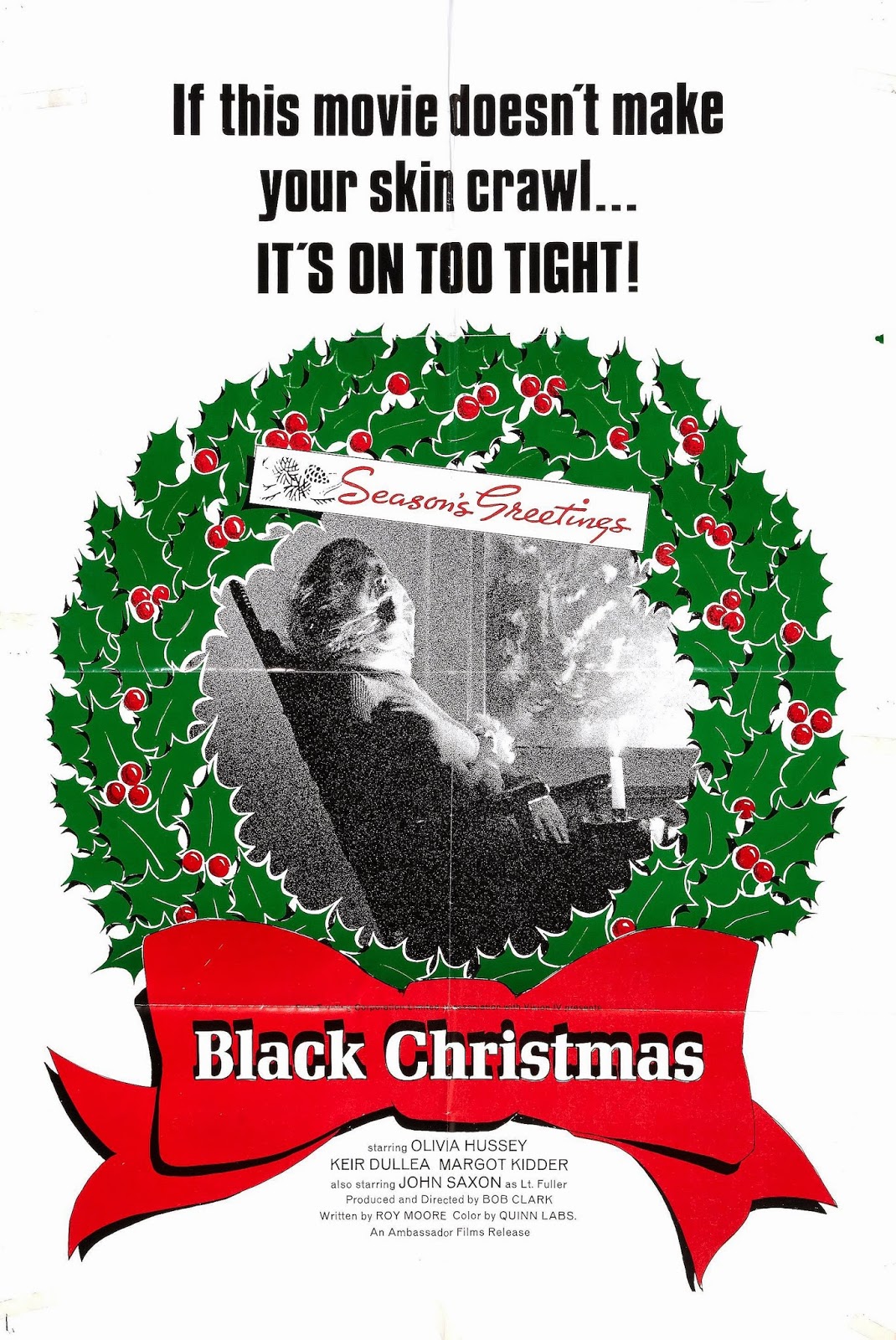 Agnes! It’s Burl! Bleaughaughauughrragagag, snort, snort, pretty pretty! Ha ha, no, I haven’t gone mad – I’m just imitating one of the shocking telephone calls in the classic proto-slasher Black Christmas!
I watch this one nearly every Christmastime, ha ha, and it never gets old! Well, some things about it are old, like the rotary dial telephones and the many minutes it takes to track the origin of a call! And the many marvelous innovations which were hoary clichés only a decade later are, I suppose, technically old, but the engaging way in which the picture plays out ensures a fresh and robust experience each time!
It is, at heart, a movie about a very crazy person killing off sorority girls one by one, but these young ladies are not the simple dingbats usually found in such stories! They’re highly individuated humans, and even the not-so-pleasant ones (the haughty scold, the angry souse) are real, and one feels sad when the screeching maniac puts a poking on them!
The sorority house is closing up for the holidays, and only Jess and Barb and Phyl and a couple of others are around! Jess is having boyfriend problems – the young fellow with whom she cavorts, a stringhair played by the Paperback Hero himself, Keir Dullea, is an intense weirdo with issues of control! Ha ha, could he be the kill-crazy knife-o-path? Maybe, or maybe there will be a finale drenched in grim ambiguity!
It’s a spooky picture, and maybe one of the two best, scariest slasher pictures ever produced! The other of course is Halloween, but this one runs neck-and-neck for sheer goosebumpery! Bob “Porky’s” Clark made the movie, and I’d call it the best Christmas picture he ever made, even though A Christmas Story is a marvelous creation as well! His cinematographer, Reg Morris, did am A-1 job of giving some real Christmas-light-and-snowball atmosphere to it all!
The cast really is top flight too! John Saxon, who was a cop in A Nightmare on Elm Street 3 and Blood Beach, here plays a cop, ha ha! Another cop is played by Doug McGrath from Back Down the Road! Then you’ve got the co-eds in peril, Olivia “Escape 3000” Hussey, Andrea “Club Paradise” Martin, Lynne “Strange Brew” Griffin and of course Margot Kidder from Sisters, all of whom are terrific, especially Kidder!
If you’ve never seen Black Christmas, well, you should do so and quickly, and thence make it an annual tradition just as I have done! It’s got lots of laffs and plenty of old-tyme shivers, so I give Black Christmas four king cans of 50! Ha ha!
Posted by Burl at 00:04

Email ThisBlogThis!Share to TwitterShare to FacebookShare to Pinterest
Labels: 1970s, Canada, Christmas, horror, saw it on the big screen, slasher